Every time a sneakerbrand creates something especially for girls I get super excited! During Air Max Month Nike released its second all female Air Max model. The Nike Air Max Jewell has a minimalistic sleek look with a bold shiny heel and of course the comfy Air Max sole.

Last Friday was the last day of Air Max Month, which was celebrated at Maha in Amsterdam. The female streetwear store collaborated with Nike to give the Air Max Jewell a sophisticated female forward look. The sneaker comes in three colorways, tan, black and white. All three of them have leopard-ish print on the back with a golden Maha tag at the beginning of the laces.
The first 50 people at the release party received a silk scarf specially created for the occasion. The same print was used at the scarf with little swooshes in between and the Maha logo on two contrary corners. 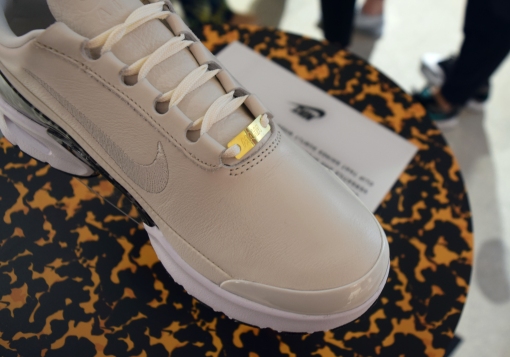 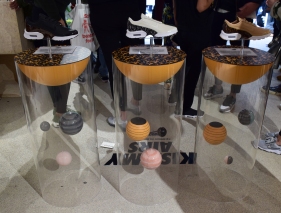